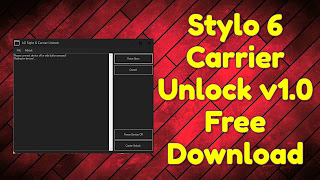 You can unlock your phone and switch carriers without having to buy a new one. As long as the phone is paid off, all carriers will allow you to unlock it. Many smartphones work with all U.S. carriers. Check your phone’s compatibility. 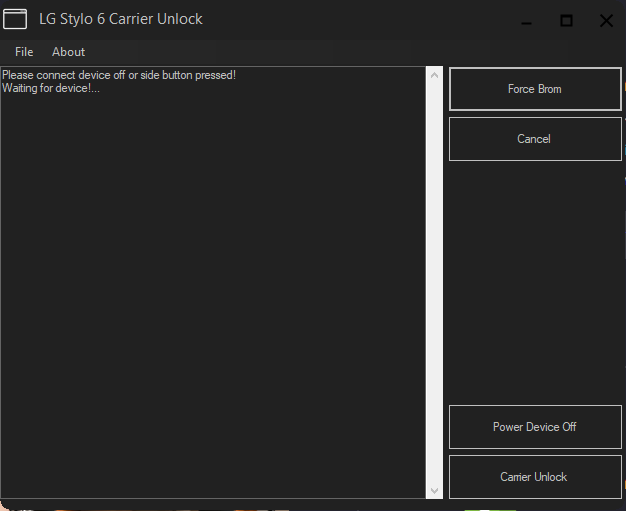 How to Use It?

Simply follow the driver installation for the windows section of mtkclient.The tool relies on a prepackaged setup that has mtkclient and SPFlash tool bundled together, I have a 7z hosted here.Download that and extract its contents to a folder named mtkclient, this folder should reside alongside Stylo6MTKCarrierUnlock.exe.If you download the Release 7z from here or the Github page, it will already come with this folder included. If you are building from source, you don’t need to download it separately.
Next, open Stylo 6 Carrrier Unlocker. Next, unplug your device and turn it off completely. Press Force Brom and then plug the device in. The device should turn on when it reaches the charging screen. If it does not, wait until it turns on again. Next, press Force Brom and plug the USB cable into the device. Finally, press Carrier unlocks to watch the magic happen.
Note that the carrier unlock cannot work if the bootloader is not unlocked at the moment. It is possible that some partitions, if any, may be write-protected, while the bl locks. This is an early release so there are still threading issues I have to work out. It should run fine, as long as you don’t run the same commands as I did during testing.
If the program crashes during a command, kill the task manager. Next, look for flash_tool.exe and python.exe. If either of these are running, kill them. Restart the app, and it should all work again. The app uses both Pythons to run mtkclient, and the sp flash to perform some preconnect functions that allow mtkclient force Brom. Sometimes, the code won’t kill either one of these processes if it crashes.
If you have any questions, support or help, please let me know.

How To Unlock LG Stylo 6 By Code ?

The fastest and easiest way to unlock your LG Stylo 6 is by using code. Our code doesn’t affect your system in any way and you won’t lose your warranty. To receive a network unlock code to your LG Stylo 6, you will need to enter the IMEI number (15 digits unique number). You can find it by dialing *#06# with a phone number or checking the settings on your phone.

It is easy, quick and simple to unlock your LG Stylo 6 network. All network unlock codes are available (including NCK SPCK, NSCK, and NSCK) to all LG models across all networks.
Universal service means that no matter what device you have, the cost of the service will remain the same. Code delivery takes 50 minutes.
Your LG Stylo 6 won’t ask you for an unlock code with an unaccepted SIMcard. You might need to use an original SIM card (if your LG Stylo 6 is from AT&T, put an AT&T simcard).
Download Link:: Link