Download the ITEL L6006 FRP remove file here for free and reset the FRP with one click using the Research download tool provided in the downloaded file. The file is in PAC format and can be used also with other flashing tools. 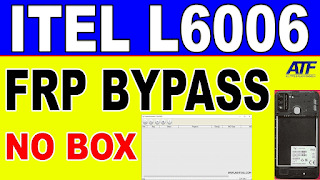 Itel A48 is based on Android 10 (Go Edition) and packs 32GB of inbuilt storage that can be expanded via a microSD card (up to 128GB) with a dedicated slot. The Itel A48 is a dual-SIM (GSM and GSM) mobile. It was launched in Gradation Black, Gradation Green, and Gradation Purple colours.

Connectivity options on the Itel A48 include Wi-Fi, 3G, and 4G. Sensors on the phone include fingerprint sensors. The Itel A48 supports face unlock.

How do you remove a file from an Outlook email account? You could use the Outlook program, or if you have an email-enabled device, you could use the built-in “File” function within Windows Explorer.
However, there’s a better way — the Remove File With SPD Upgrade Tool by ITEL.
The tool is easy to use and allows you to remove files from Outlook email accounts using ordinary text editing, without using any special software.
It works just like regular “File” in Windows Explorer. The only difference is that it uses a different naming convention from your default email program (e.g. it has its own extension of “.ef”). It also uses slightly more space than the original method. But it’s worth remembering that it will only work on Outlook versions prior to 2013 and some old Outlook versions may not be compatible with this method of removing files (for example, 2016).
FRP is a file format that is found on most of the new devices and it can be quite difficult to remove. You can use various online services to help you remove the FRP, but unfortunately, there are usually no guarantees about their reliability.
In this tutorial, I will take you through an easy way to remove the FRP from your device. If you are still having problems with Windows 10, see our guide for Windows 10 FRP removal.
First, make sure that your device has been booting up for some time and that there aren’t any other programs running in the background or using CPU power (the lock screen will be on very briefly).
Next, open Device Manager and look for something called “Intel(R) Management Engine Interface”. Right-click this item and select “Delete”. Now go back to Device Manager and look for a similar item called “Intel(R) Management Engine Interface”. Right-click this item and select “Delete”. Finally, go back to Device Manager again and look for something called “Intel(R) Management Engine Interface”. Right-click this item and select “Delete”.
Next, go ahead and power off your device by holding down the Power button until it turns off (yes — even if you don’t want to do it). After gently pushing the power button with your finger until the LED turns off (and not just pressed), let go of the Power button.
Now hold in both Power buttons together until your device restarts (don’t just press it firmly). The LED should turn green (it may turn red if there is an error message like: No Audio ). Remove one of these buttons while keeping the other held down until you get a blue screen with text saying Press any key to reboot. After pressing any key, release all buttons at once in order so that nothing happens — then press Enter on your keyboard or click Start > Restart.
Then after about five seconds or so wait for it to come up normally, then press F2. This opens an option called Advanced Options. Then click Advanced Options > System Configuration. This should start up a desktop with three tabs: BIOS Setup, UEFI Firmware, UEFI Boot. Choose UEFI Firmware from the first tab. You should now see a list of devices attached to this computer whose firmware version is UEFI v4.0a firmware release 1 . I’ve clicked on Show all devices and added my Lenovo Yoga 3 Pro as one of them here
Download Link:: Link